One of the most humbling aspects of making The Road to Sparta has been the willingness of many individuals to roll up their sleeves and get stuck in for the pure love of being involved in such an extraordinary project. Some have gone even further to help complete the project.

A big thank you to to all. 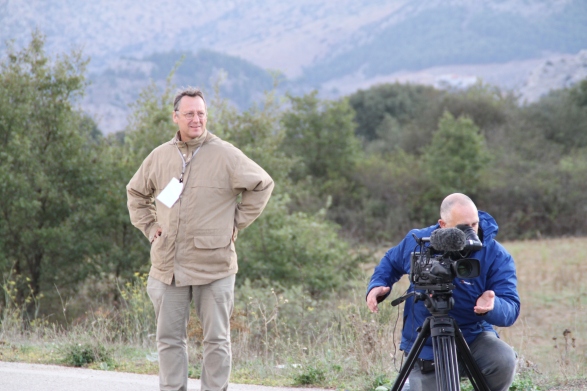 Roddy gets down to work while Barney wonders where the hell Rob is (Pic: Vasilios Alexandrou)

Barney Spender and Roddy Gibson met in the 1980s at university where they acted together and built a lot of sets. After university they went their separate ways, Barney into the world of sports journalism and Roddy into film and documentary production. 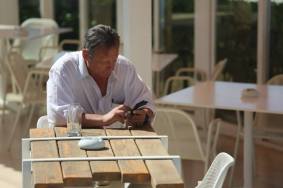 Barney wondering where the hell Dean is (Pic: Marius Ulivicius)

Barney’s career in print and broadcasting took him to live in London, Australia, South Africa (“Nelson Mandela poured me a cup of tea once”), Greece and France where he spent seven years working for Eurosport Discovery. He now works for Agence France Presse in Paris.

Roddy based himself in London where he set up two production companies, Emerald and Juice, making hundreds of shorts and documentaries, before taking over the film and television course at Middlesex University.  He now lectures in Film and Television Production at the London College of Communications, part of the University of the Arts, London.

In 2014, Barney reminded Roddy of the good times they had had 30 years earlier and suggested they collaborate once again. Roddy didn’t need a lot of persuasion. And a partnership was reborn, with each bringing their separate eye and skills into The Road to Sparta. 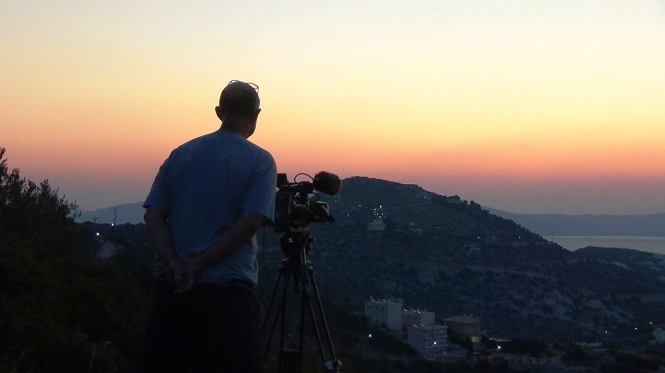 Roddy hard at work as dawn breaks over the Bay of Marathon (Pic: Barney Spender) 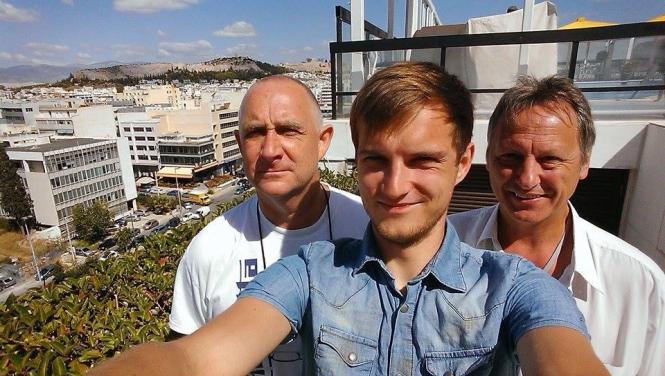 Marius Ulevicius is a young Lithuanian film-maker who graduated from Roddy’s class at Middlesex University.

He has worked on a number of award-winning documentaries including Music is Vision (2014) and Building 20 (2017) and brings a fresh and youthful eye to this most ancient of races. 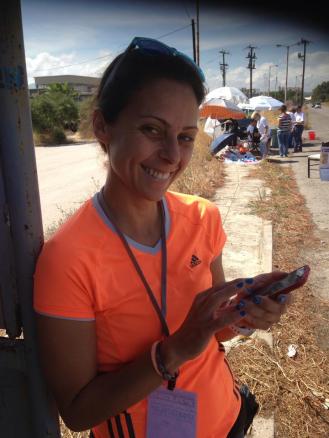 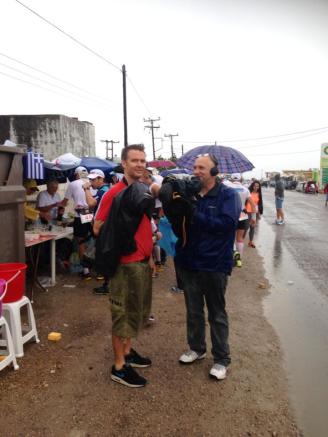 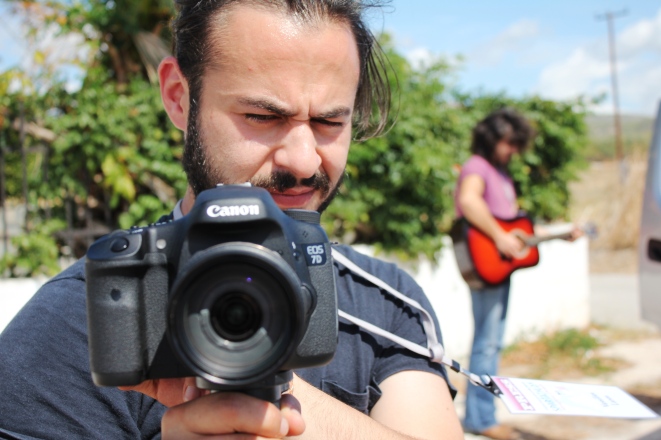 During the course of the filming, additional camerawork is undertaken by Magda Gouma, Ed Fisher and Vasilios Alexandrou. 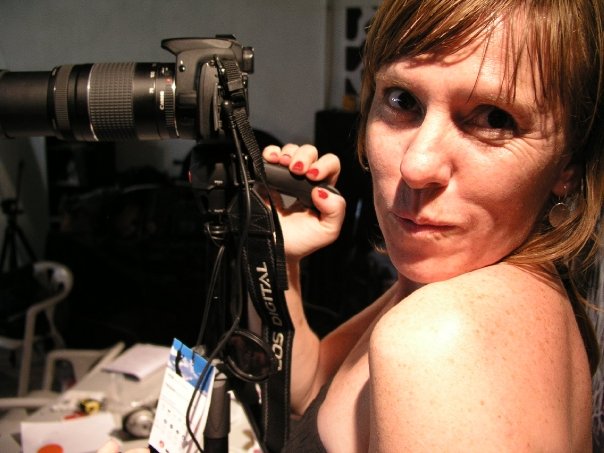 It wasn’t enough for us to have Irish, English, Greek, Lithuanian, American and Australian in the crew; we obviously needed a Spaniard. So thank heavens for the delightful Béatriz Herraiz who showed us all why she is such a gifted graphics artist. Another very experienced member of the team, Béa has worked extensively in Spanish television. Her gift to us was the array of wonderful maps which show the route the runners take from Athens to Sparta. 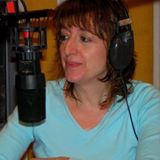 Helen Skopis met Barney in 2004 when they were paired up to host the evening drivetime programme on Athens International Radio. That partnership lasted almost five years until Barney left for France. She has since moved into television news production for Al Jazeera in Athens and remains one of the best-connected producers in Greece.

The Road to Sparta