“The Road to Sparta brilliantly captures the essence of a race that has no equal on the planet, with stirring intensity.”
Dean Karnazes, Runner and Author

Around 350 runners start the Spartathlon each year. Only one-third to one-half of them are expected to reach Sparta. We had to settle on just four runners, a difficult task. But they come from different backgrounds and have different ultra experience. All of them connected to the ancient tale of Pheidippides and wanted to challenge their own limits to see whether they can match run and become a part of the legend. 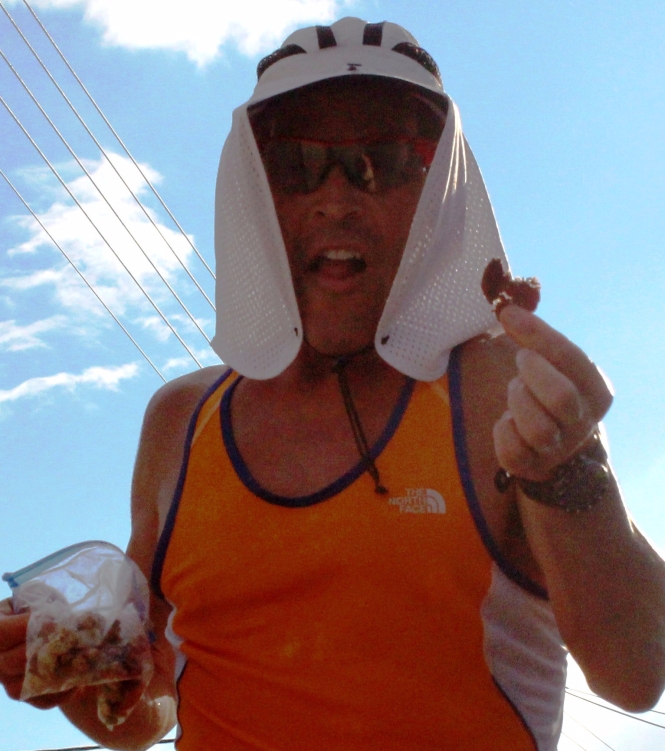 Dean is perhaps the best-known ultra-marathoner in the world.

He has won Badwater and many other races and following the success of his first book UltraMarathon Man, he went into the 2014 Spartathlon writing a book about Pheidippides.

This is his first attempt at running Spartathlon. And just to make it more difficult, he is also attempting to emulate Pheidippides by cutting out the food and nutrient drinks available to modern runners and sticking to the kind of diet that Pheidippides might have had in 490BC.

Dean has a road-savvy professional crew to help him on his way; spearheaded by leading Greek ultra-runner DIMITRIS TROUPIS. 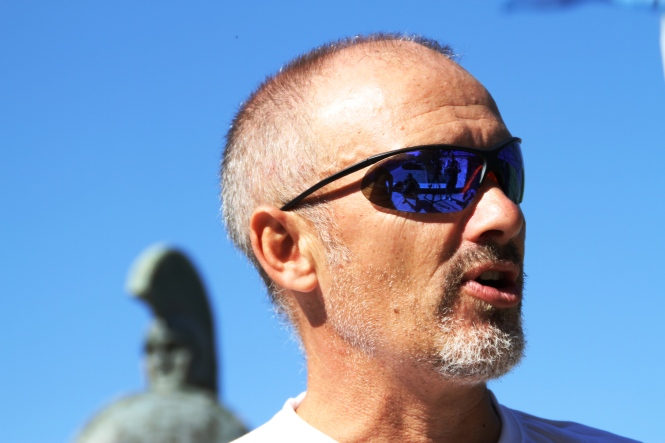 Mark is a gnarly mountaineer who broke both legs before taking up running as a sideshow.

Two months before running Spartathlon, he ran 318 kilometres of the 333k High through the Himalayas before being forced out.

He recovered well and was raring to run his sixth Spartathlon.

“It is totally addictive,” he says. “It is a high voltage adrenalin shot directly into your veins and I just can’t put it down. The feeling of kissing that statue (Leonidas) at the end is just out of this world.”

Mark has already finished Spartathlon three times, making him the perfect course guru. He ought to do it again even though he has no dedicated support crew.

Angie was born in New York but is every inch a Greek.

A nurse in A&E at Evangelismos Hospital in Athens, Angie has completed a number of ultras but is attempting the Spartathlon for the first time.

Not many crack it at the first attempt.

“I am not going to make any predictions about reaching Sparta because I don’t want to jinx it,” she says.

“My only fear is that of a sudden injury during the race which will force me to stop. If that doesn’t happen, even on my knees I will try to finish! Like Dean Karnazes says: ‘If I can’t run, I will walk. If I can’t walk, I will crawl.'”

Her crew includes VICKI KARPOUZA, the first Greek woman ever to complete the Spartathlon distance.

Rob has twice attempted the Spartathlon but has yet to finish; his 2013 bid ended at the 145k mark.

He now wonders if he has the mental strength to complete the race and arrive in Sparta.

“Last year I neglected my head. I won’t make that mistake again this time. I want to complete the Spartathlon because it is a true test of a runner, indeed a man.  If you can do this you can do anything.”

A lifelong Liverpool FC supporter, Rob lives and works in Germany where he is a project manager. His support crew is led by NICK PAPAGEORGE whose own hopes of running the 2014 race ended in injury.

The Road to Sparta